Debut Pamphlet “The Bone Staircase” out with Live Canon in November

This now available to preorder here. 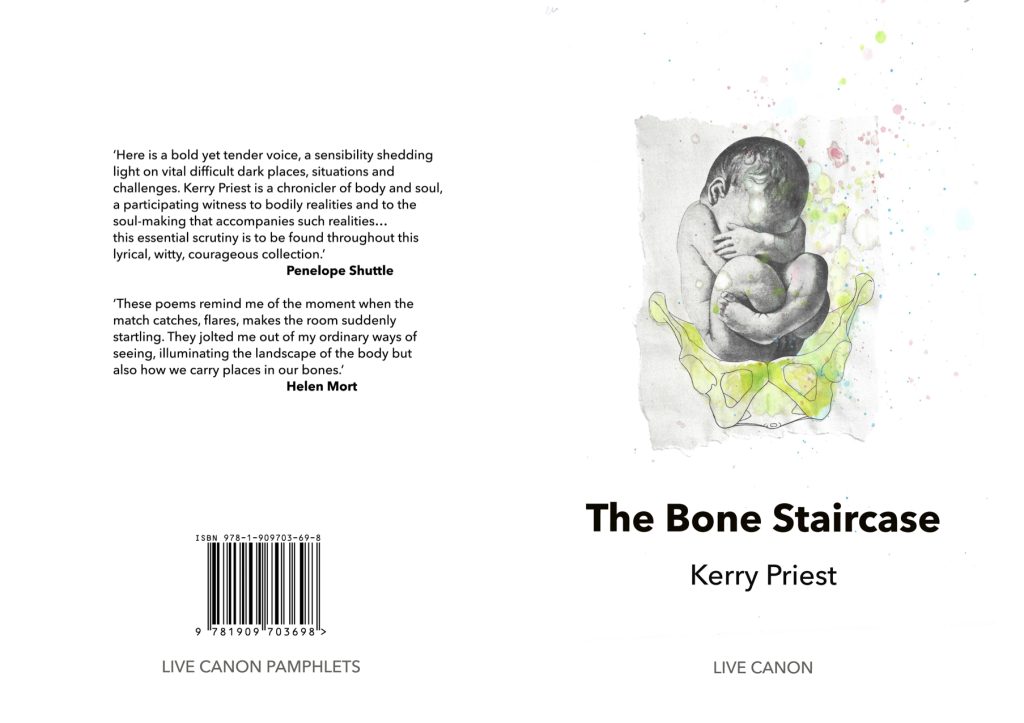 “Borders”, “The Lesser Bohemians” and “A Narrow Road” in Poetry Salzburg Review (2020)

I do a weekly show on Soundart Radio 102.5FM , combining spoken word with improv noise music.

“The Assisi Machine” was syndicated on the Radia network in August 2018. You can listen to it here  further episodes are in production at the moment.

“The Bells of Canongate” has been commissioned for Radiophrenia 2020.

“On The Trail of Joan Lyneham” docu-drama commissioned by FIMTEC and broadcast on Resonance FM and Soundart Radio.

The Don is the Subject and Object of History was longlisted in the National Poetry Competition 2020.

Medicine Wheel was nominated for the Forward Prize 2019.

Shortlisted for this year’s Bridport Prize with two poems, “The unintentional side-benefits of a slow and painful premature death” and “Lines written in intensive care in Croatia”.

“Kerry Priest, you were fantastic. Great soundscapes with your unusual instruments. Very moving words too. A sublime performance I thought you were great.” – Jason Disley, Promoter of the Speaky Blinders night, Paignton.

The first Wednesday of every month, I tend to read at Chagford’s Outspoken night at the Globe Inn. The night is hosted by the marvellous Jackie Juno.

The Word Cafe at The Cott Inn, Dartington, 24th November 2017